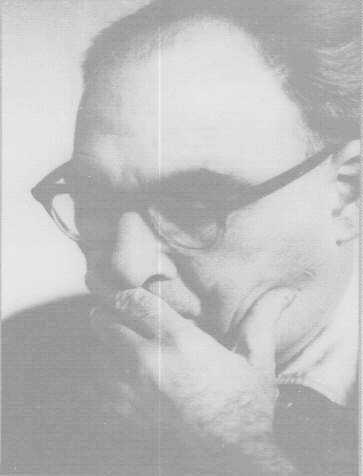 Mathematician, professor, member of the Hungarian Academy of Sciences (corresponding member 1949, full member 1956), holder of the Kossuth Prize (1949, 1954). He finished his studies in Budapest. After graduation he won a competition in Greek language, and from 1940 on he was a student of Lipót Fejér in Budapest. During World War II he was in a labor camp. He finished his PhD studies in Szeged under Friedrich Riesz in 1945. In 1946 he went to Leningrad to work under the supervision of J.V.Linnik and I.M.Vinogradov; in his 1947 thesis he came to solve the so-called quasi Goldbach conjecture. In the autumn of 1947 he become a full-time professor at the University of Budapest; in 1949, one at the University of Debrecen. In 1950 he was appointed as Director of the Institute of Applied Mathematics of the Hungarian Academy of Sciences (later Mathematical Research Institute), in 1952 he got the chair of Faculty of Probability Theory at ELTE, both positions he kept until his death.

His scientific work covers almost all of mathematics; he has made relevant contributions in all branches, and was founder of the Hungarian probability theory school. His research departed from Number Theory. From this starting point, he gave a pure probabilistic form and proof for the "great sieve", developed by J.V.Linnik for number theoretic purposes. These ideas led him to the results about the measures of the dependency of random variables. He introduced other measures as well to replace the correlation coefficients used in statistics. The so-called Rényi mixing theorems also stem from Linnik's great sieve. He found several profound applications of probability theory in number theory, the most significant one being the generalization of Borel's theorem. He developed a new axiomatic foundation for probability. Several probability problems of physics, particularly of quantum mechanics, were solved using his results. He was also interested in philosophy of mathematics. He initiated Hungarian researches in ancient mathematics. His "Dialogues about Mathematics", "Letters about Mathematics", and "Diary on Information Theory" were published in German, French, Russian, English, Italian, and Rumanian. He published frequently on recreational mathematics, and worked hard to initiate practical applications of theoretical findings. Among others, he acted as the secretary of the Bolyai János Mathematical Society (1949--55), and between 1965 and 69 he was head of the International Statistical Institute. He was one of the initiators of the "new math in school", a novel method in teaching mathematics. He was the editor of numerous journals in Hungary and abroad as well. He was editor of Studia Scientiarum Mathematica Hungarica, and a member of the editorial boards of Acta Mathematica Hungarica, Annales Sci. Math., Publicationes Math., Matematikai Lapok, Zeitschrift für Wahrscheinlichkeitstheorie, Journal of Applied Probability, Journal of Combinatorial Analysis and Information and Control.